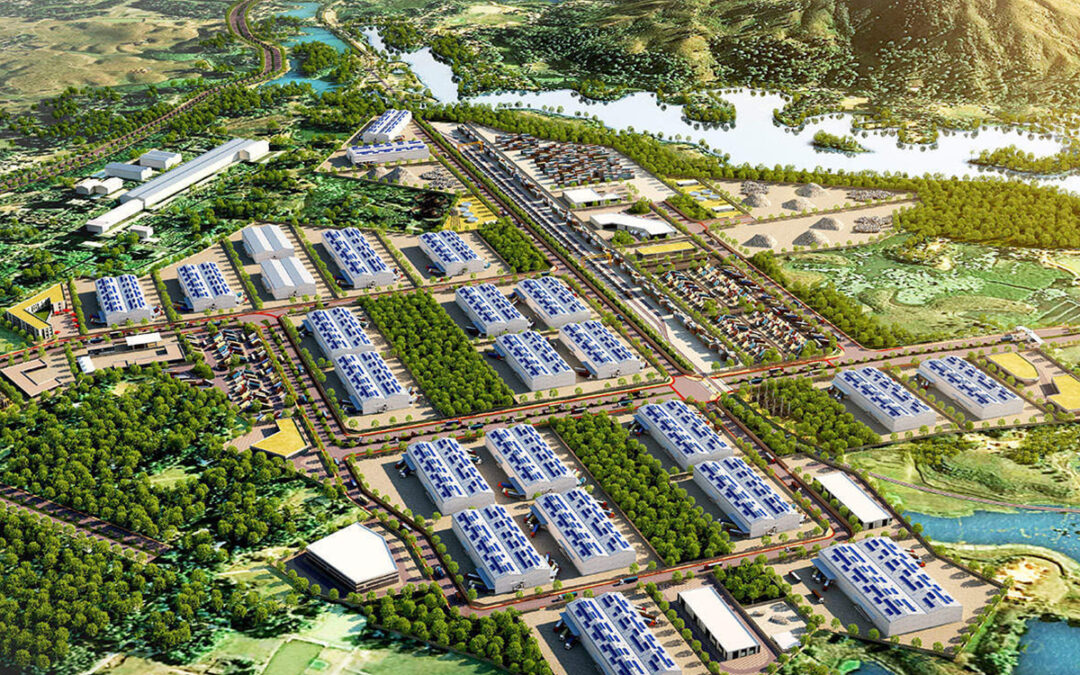 The building of India’s first Multi-Modal Logistics Park (MMLP) in Assam’s Jogighopa is virtually finished. The park would give direct air, road, rail, and waterway access to the region as part of the Centre’s ‘Bharatmala Pariyojana’

The National Highways and Infrastructure Development Corporation (NHIDCL) is building the park on 317 acres of land beside the Brahmaputra River. Nitin Gadkari, Union Minister for Road Transport and Highways, will lay the groundwork for the project in October 2020. According to ministry records, the project is estimated to earn roughly Rs 1,000 crore in revenue during the initial three years of operation. Furthermore, the Project Report estimates that 11,521 jobs will be created following the start of the MMLP. The government intends to construct 35 such MMLPs all across the country. According to an official, the first phase of the project is expected to be completed by 2023. It is practically finished as of now. Some minor work remains, and it will be completed within the next two to three months.

The government intends to construct 35 such MMLPs all across the country.

The official further stated that the work for another MMLP in Chennai will be the first MMLP to be constructed using the public-private partnership (PPP) model. The Ministry is developing the Jogighopa MMLP, according to the official. In May 2022, Prime Minister Narendra Modi will lay the groundwork for this project in Chennai. According to the Prime Minister, MoRTH is working on 35 MMLPs. Over the next three years, at least 15 of these will be prioritized. The Chennai project is anticipated to cost Rs 1,424 crore, with a concession period of 45 years. It will be built in three phases and would provide 5.4 km of four-lane National Highway access at a cost of Rs 104 crore, as well as a new 11-kilometer-long rail line from Kadambattur Railway Station towards the MMLP site. The MMLP Chennai in Mappedu is being built on 184.27 acres, with Phase-1 development expected to be finished by 2025, paving the way for commercial operations. The MMLP Chennai is 52 kilometers from Chennai Port, 80 kilometers from Ennore Port, 87 kilometers from Kattupalli Port, and 44 kilometers from Chennai Airport.