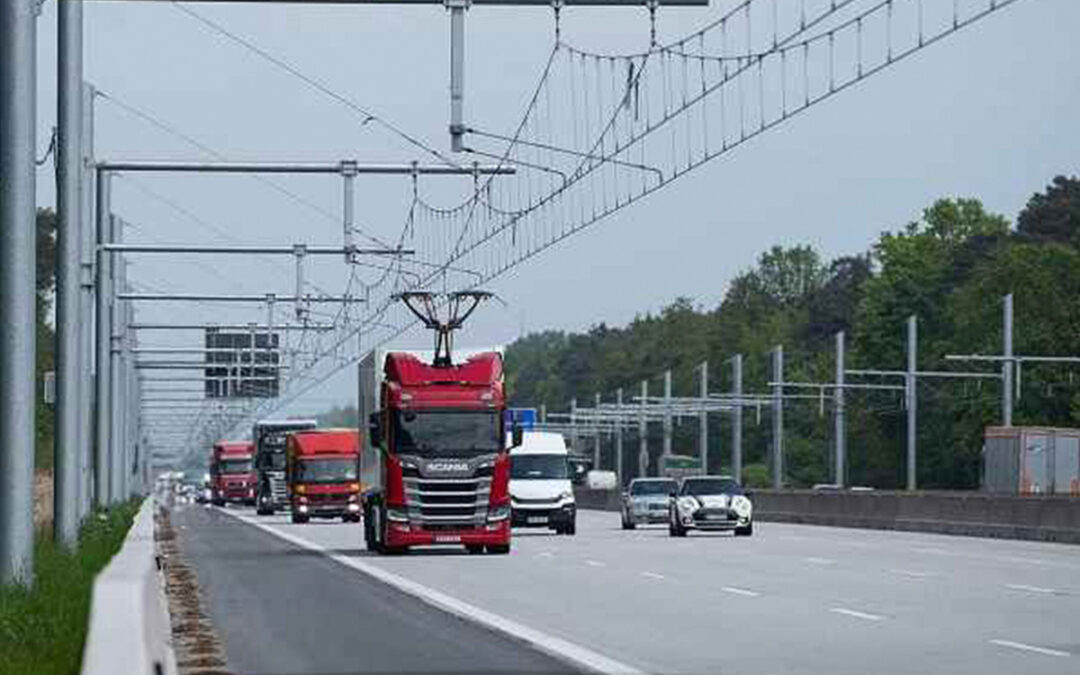 Union minister of Road Transport and Highways, Nitin Gadkari has stated that India might be getting its first E-highway sooner rather than later

Nitin Gadkari, the Union Minister for Road Transport and Highways, declared that India’s first e-highway would soon become a reality. The Minister stated that an electric highway connecting Delhi and Mumbai is being planned by the Road Transport Ministry. For those of you, who are confused as to what an electric highway or an E-highway is, let’s discuss the meaning and use of it in India. An electric highway is a road that has been electrically enhanced and provides power to moving vehicles either by using overhead power lines or by utilising power lines that have been installed into grooves already made in the road. The currently under construction Delhi-Mumbai Expressway is anticipated to have a dedicated lane for the electric highway and would be suitable for electric buses and trucks.

One significant advantage of E-highways is its environmentally friendly transportation system, among many other possible advantages, such as safety and energy efficiency. It will help the nation achieve its climate sustainability goals once it is operational. Contrary to rail infrastructure, trolleybuses feature rubber tyres that make them quieter than trams. They also produce no pollutants. The 109 km-long longest electric roadway in the world is now being used in Berlin. At the Electric Vehicle Symposium in Los Angeles in 2012, the automation company Siemens unveiled its E-Highway proposal, which called for trucks to be powered by electricity from overhead electric wires. On top of a test track in Europe, the corporation drove vehicles equipped with conductors that would collide with e-highway electric lines. The electric drive motors on the vehicles may be powered by the electricity, turning off the diesel engines. When the trucks departed the roads with overhead wires, the diesel engines could, however, be restarted. On a three-mile stretch of the Autobahn 5 between Darmstadt and Frankfurt later in 2019, Germany unveiled its first hybrid electric-diesel truck.

This has been a great initiative taken by the Indian government especially by the Union Ministry of Road Transport and Highways. Speaking at a meeting of the Hydraulic Trailer Owners Association, the Minister remarked that, “Our plan is to make an electric highway from Delhi to Mumbai. Just like trolleybuses, you can run trolley trucks on the highway.” This can be one of the great additions to the road transport system in India and can reduce a number of problems in the country.