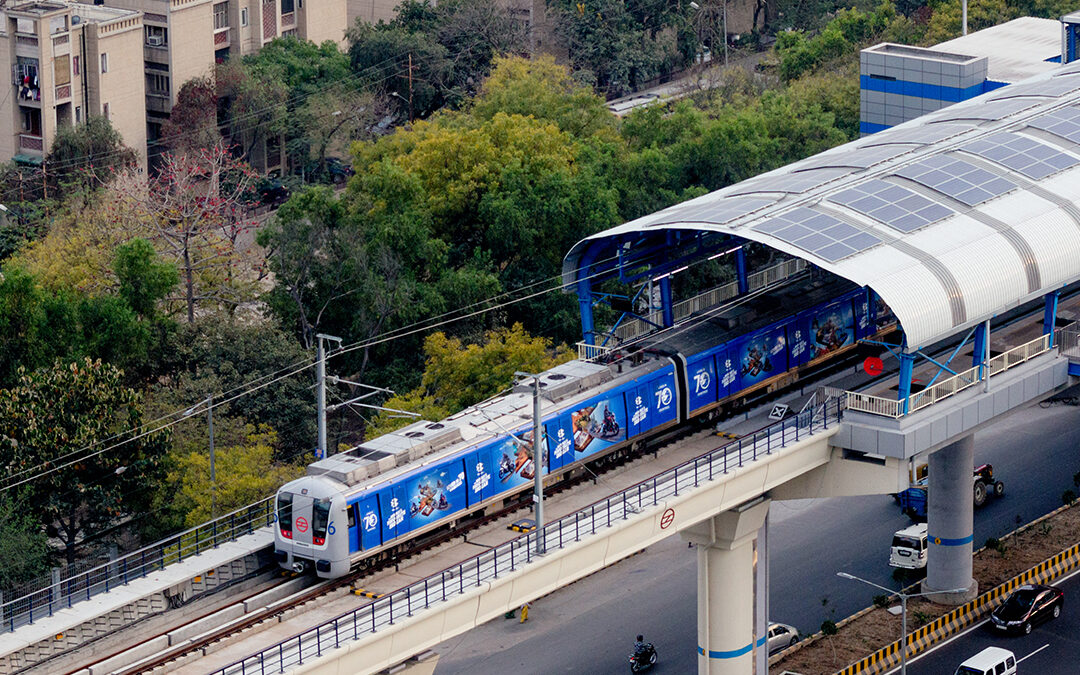 Afcons infrastructure limited is a company that has been granted with two major wok projects that sum up the total of Rs 4,151 crore, in order to construct underground outstretches for metro corridors of two routes by the Delhi Metro Rail Corporation for the Phase 4 of the Delhi Metro Rail Project.

Afcons infrastructure was founded in 1959 and started its journey as a civil construction company. With the turnover of $1.25 billion, Afcons has completed some of the very complexed and challenging projects.

Afcons infrastructure was founded in 1959 and started its journey as a civil construction company.

The contract of the DMRC initiated with its first order for work with the contract value of Rs 1669 crore, that was allotted to Afcons on January 13, 2022. This contract includes the designing as well as the construction of up and down tunnels for the metro, that will be constructed underground by shield. This shield TBM will be done from the end of the tunnel that will be cut and cover near the metro station of Sangam Vihar to the already existing metro of Sarita Vihar depot. The other constructions will have cut and cover tunnels and underground ramps near metro stations of Sangam Vihar, Tughlakabad, also including the underground metro stations at the location of Maa Anandmayee Marg, Tughlakabad, Tughlakabad Railway colony, including the shafts on Aerocity Tughlakabad corridor for launching od Phase 4 of Delhi Metro Rail Project.

The tender package of this contract was let out last year in the month of June and the technical offers were also made open in August last year. After that, the financial offers were let out in November. The financial bids were finalised with Afcons infrastructure, as the company appeared as the lowest bidder out of the other three bidders. According to the terms and conditions of the package of contract, the company, Afcons infrastructure Ltd must complete the construction of the tunnels of a 6.981 km stretch in the duration of 42 months. This section is a part of the Delhi metro rail network is the silver line with the distance of 23.622 km, which is from Aerocity to Tughlakabad.

Afcons infrastructure Ltd must complete the construction of the tunnels of a 6.981 km stretch in the duration of 42 months.

The second work order of the project is one with a contact value of Rs 2481 crore. This work order was issued on January 14, 2022, same as the first, that includes the construction and designing both, of a twin tunnel, an underground ramp at the location of Derawal nagar, a cut and cover tunnel as well as the six stations that will be built underground. These will include Ghanta Char, Derawal Nagar, Pulbangash, Nabi Karim, Ramakrishna Ashram and Sadar Bazar. The sanitary installation, drainage works, water supply and other architectural finishes are also to be done on the Janakpuri west to the corridor of Ramakrishna Ashram of the Delhi Metro rail project are also under the project.

A tender notice for the project and this particular contract package was released in June, 2021, which had the amount for the work estimate of Rs 2444 crore. The financial and technical offers were made open in September – November last year for the same reason, as Afcons was emerging as the lowest bidder.