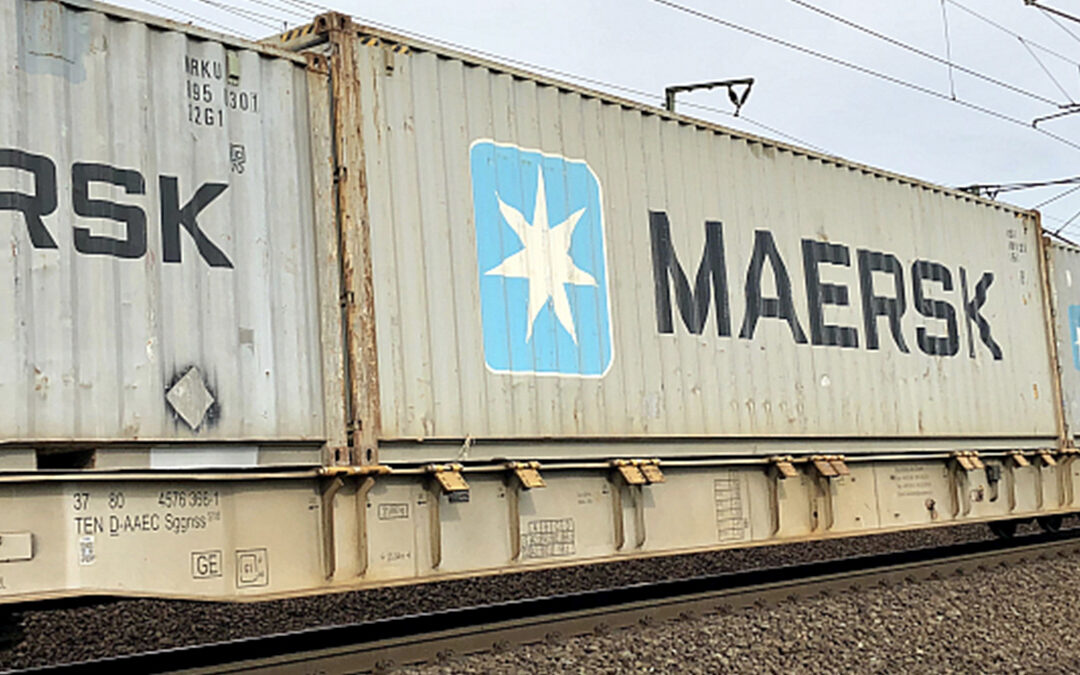 A shipping company Maersk has temporarily suspended new intercontinental rail bookings without exception on both east and westbound services between Asia and Europe until further notice.

Recently in a statement Maersk has said that, as the crisis in Ukraine continues and governments impose new sanctions on Russia and its allies, and that following careful consideration, it has decided to establish new and revise existing processes, which include accepting and handling bookings for Belarus. In future only bookings for food, medicines and humanitarian supplies will be accepted following extensive screening, added Maersk.

In future only bookings for food, medicines and humanitarian supplies will be accepted following extensive screening, added Maersk.

Maersk also confirmed that they will not be engage in any receive or make payments to any sanctioned banks or any other sanctioned party including Belarusian and Russian parties.

As per the introduction which was sanctions by various governments, a decision was also taken of suspending new intercontinental rail bookings between Asia and Europe. But Maersk says that before 4th March if cargo is already in transit or any booking is completed, then the plan was to try to ensure that it would be delivered. As well as Maersk has also suspended all new air bookings to Russia and Ukraine by says that there is a potential risk to the cost of air transport.