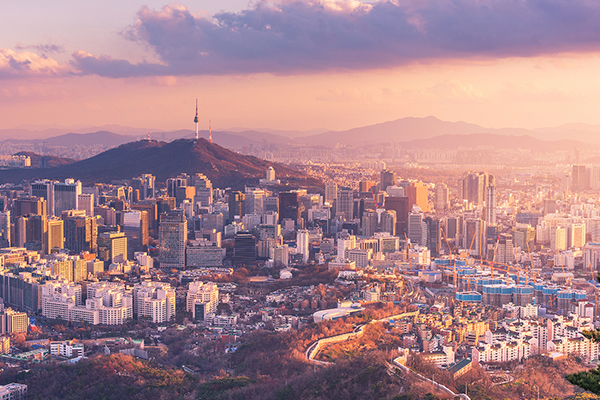 Digitalisation, supply-chain vulnerability and developing the rules of the road for emerging technologies: these are the new challenges.

According to the South Korea trade minister Yeo Han-koo the coronavirus pandemic has forced a fundamental shift in global trade policies as governments increasingly focus on supply-chain resilience and securing access to next-generation technology. According to one media report Yeo Han-koo told that the traditional attention to market access and supply-chain efficiency had been found wanting. On this Yeo Han-koo said, The scope of trade policy that we had before the pandemic-basically just market opening in trade in goods and services, rules of origin and so on-that is not the trade policy that we are witnessing in this new era.

Digitalisation, supply-chain vulnerability and developing the rules of the road for emerging technologies: these are the new challenges. The South Korean military was forced to airlift tens of thousands of litres of the fluid from Australia, south-east Asia and the Middle East. Yeo said, This was not even a high-tech product, but we woke up one morning to realise that we were relying on just one country. We need early-warning systems to stop these situations from developing into something serious.

We need early-warning systems to stop these situations from developing into something serious.

Yeo cited an acute shortage of diesel exhaust fluid in November as an example of a supply-chain shock that had rattled policymakers. South Korea depends on China for more than 97 per cent of its DEF imports. But after Beijing restricted exports of urea, an essential ingredient in DEF used to reduce toxic emissions from diesel engines, the country logistics sector faced imminent paralysis, said Yeo. Yeo admitted that we haven’t really had the chance to have in-depth conversations but insisted that the responsibility for improving relations lies squarely with Tokyo. It is Japan that imposed these export control measures, and since then Korea has rectified all of the issues that Japan has raised, he said. Companies will worry that this kind of information may reveal sensitive information related to their consumers and their business secrets, he said.

We have communicated our concern, and the US has communicated that it understands that concern. Taking about South Korea, it is the world’s eighth-largest exporter of goods and services, according to the World Bank. Booming trade in chips, cars and ships is driving the country economic recovery from the Covid crisis, with exports and trade volume expected to reach records this year. The previous equilibrium in US-China relations has been broken, so now everyone is recalibrating to find a new equilibrium.

South Korea and like-minded governments don’t want this conflict leading to more serious chaos in the world economy, he added. It is not only Korea. Many countries in the region face a similar situation he said. Further Yeo Han-koo said So it is Japanes turn to come forward with a more positive, more constructive stance and see how we could solve this problem.

Further Yeo Han-koo said So it is Japanes turn to come forward with a more positive, more constructive stance and see how we could solve this problem.