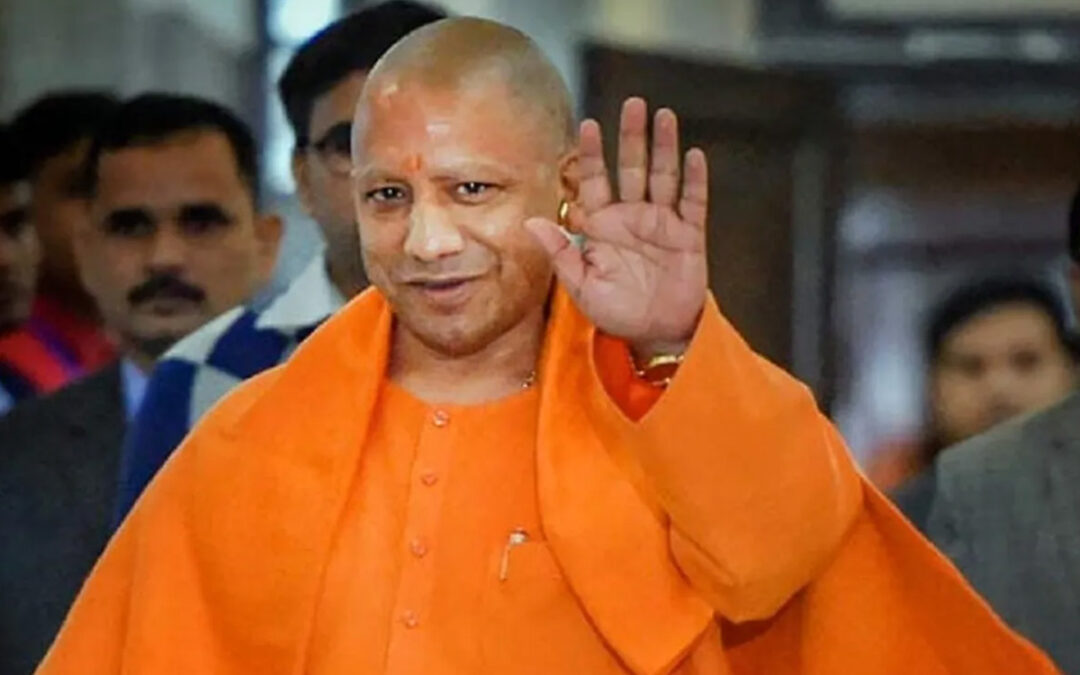 On Friday, Chief Minister Yogi Adityanath expressed confidence that Aligarh will become known not only for its lock industry, but also for high-quality weaponry produced in the particular node of the Uttar Pradesh Defence Industrial Corridor. He further stated that Aligarh is on its way to become a logistics and transportation hub. In addition, Yogi Adityanath stated that the U.P. government intends to expand the worth of Firozabad glass exports from 1,000 crore to 5,000 crore in the future. In Aligarh, he laid the foundation stone and launched government schemes worth 96.55 crore, and in Firozabad, he launched government schemes worth 269 crore. According to the chief minister, he was there to cater to intellectuals. They have witnessed significant progress as a result of the dual engine regime. Success in local body elections will almost probably result in improved infrastructure development. With the establishment of the Raja Mahendra Pratap Singh University in Aligarh, a programme in defense studies will be offered. A hardware skill development centre is also required in Aligarh, popularly known as the lock city. He went on to say that when the Jewar International Airport is fully operational, Aligarh will become a logistics and transportation hub. The area was fortunate to have people such as Babu Kalyan Singh and Raja Mahendra Pratap Singh, and now their ambitions of building Aligarh as a “smart city” will be realized.

Chief Minister Yogi Adityanath expressed confidence that Aligarh will become known not only for its lock industry, but also for high-quality weaponry produced in the particular node

Yogi Adityanath went on to say that Uttar Pradesh is on a new path of development. It has changed to stay up with the evolving India during the previous eight years under Prime Minister Narendra Modi’s leadership. In Uttar Pradesh, the dual engine government has made little tolerance for crime or criminals. Between 2012 and 2017, there may have been about 700 riots in Uttar Pradesh, resulting in long periods of curfew, but things have improved and the state is now free of riots. Those engaging in riots are earning a living at thelas (vendors). Anyone who dares to target the poor, the weak, businessmen or women will receive an appropriate response. Later, the chief minister went to Firozabad district, but not before accusing the previous regime of stealing money on behalf of jobs.In Firozabad, he stated that all that is required is to promote appealing packaging as well as design in order to enhance sales in glass bangles and other things that have already gained global renown. The chief minister claimed that whenever he needed to offer an item to a foreign guest, he would often order something from Firozabad. He issued keys, citations, and money to scheme beneficiaries. He noted that, despite being historically known for its glass and potato products, Firozabad had become a victim of politics and was neglected over time, but the double engine administration is determined to revitalize its traditional industries.

He added that while criminals have gone UP, if anyone misbehaves with businesspeople, sisters, or daughters, it would be documented on video and the appropriate action will be done against the miscreants. Yogi stated that there is no place in UP for crime and criminals. He also stated that the Jal Jeevan Mission would be launched in Firozabad soon. According to the CM, Uttar Pradesh is working toward establishing a medical college in each district. He finished by stating that, whereas there were only 12 medical colleges previously, construction on 59 medical colleges is now ongoing.