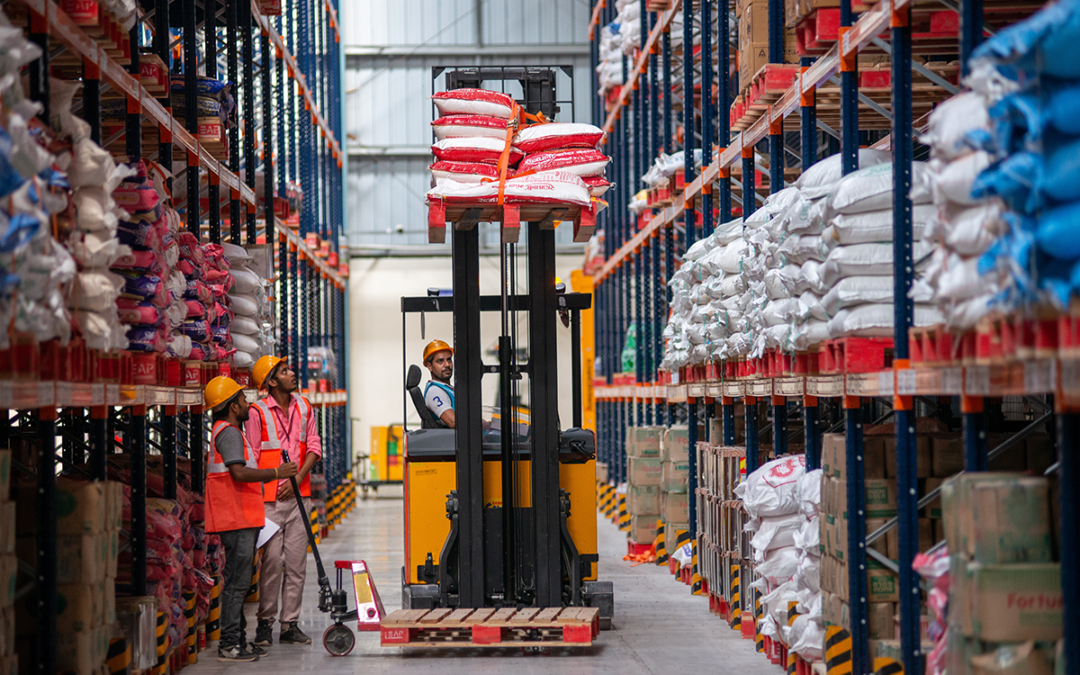 Publicly listed end-to-end logistics solution providing company, Allcargo Group, which considers e-commerce leaders like Decathlon, Flipkart, and Amazon as its tenants, on Monday showcased the warehouse park in Bangalore which is operational and fully occupied as well. The company is also likely to expand the business by making efforts and setting up new and more logistics parks across the nation. The logistics park in Bengaluru has become fully operational by providing direct employment opportunities with 5,500 jobs.

The founder and chairman of Allcargo Logistics noted in one of his interviews that the company is planning to extend the business by opening more of these parks across the nation including two more in Bengaluru itself and also one each in Ahmedabad and Kolkata in the upcoming two years. He also added that from leading players in the e-commerce sectors like Amazon and Flipkart, the Bengaluru logistics park of Allcargo has witnessed a great demand to increase the efficiencies of the supply chain of these e-commerce platforms.

The founder and chairman of Allcargo Logistics noted that the company is planning to extend the business by opening more of these parks.

Karnataka is a state that seamlessly helps to connect India to the southern states of Tamil Nadu and Andhra Pradesh. The logistics park in Bengaluru, according to the company will complement the state very well, making it a logistics hub and a desired destination for high-level businesses. The logistics park in Bengaluru will also enact as a great strategic warehousing destination keeping up with the government’s National Logistics strategy and the PM Gati Shakti plan, which has been trying to consolidate first and last mile connectivity, both for commercial and other purposes.

the Malur Logistics Park of Allcargo in Bengaluru will act as a companion to the PM Gati Shakti Plan which has the goal of reducing the gross logistics cost to 8% of the total GDP of India, which is currently at 13% now. The Malur Logistics Park is also being proposed to be expanded by an additional 200 acres, which will provide new employment opportunities.

The park will advance much-needed productivity and efficiencies in logistics through digitalization.

In a statement, Allcargo has said that through connectivity between important railway stations and airports, the park will act as a crucial facilitator and ensure that enterprises can take advantage of the strategic location with built-to-suit warehouses that satisfy consumer requirements in major cities. The park will advance much-needed productivity and efficiencies in logistics through digitalization, increased warehousing capacity, and solid physical infrastructure.

Alongside, Shetty also added that the members of the Allcargo Group are intending an India with the possibility of an absolute modification of the company’s supply chain along with connectivity which is advanced and unusually hyperactive in nature, for the railways and roadways and also air connectivity with superior enhancements. The company envisions a future that will seamlessly allow products to be sent from one part of the world to another in an efficient way, for instance, coffee from Chikmagalur to be able to consume in a café in Paris which can be possible by making its way via National Highway 73 to Mangalore port. Karnataka, which has historically been an outlier in India, has emerged as a major center for information technology, as well as for a number of other businesses and the e-commerce market.