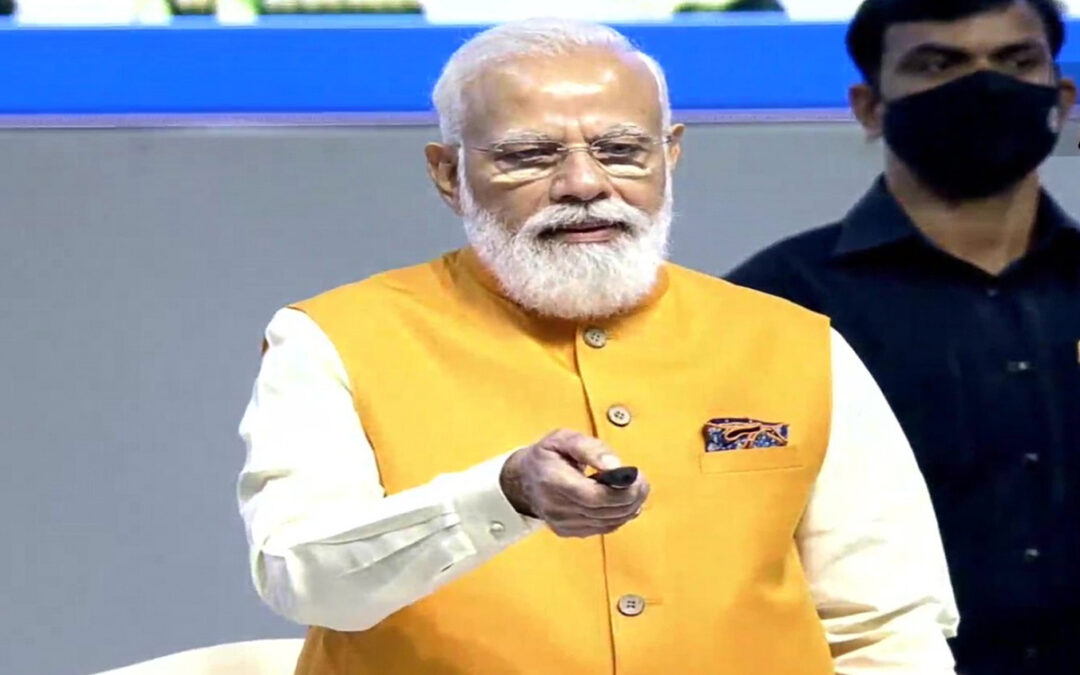 The Gati Shakti – National Master Plan for Multimodal Connectivity was unveiled by Prime Minister Shri Narendra Modi today in New Delhi, ushering in a new age of government. A digital platform called Gati Shakti would unite 16 Ministries, including those for roads and railways, to plan and carry out infrastructure connectivity projects in a coordinated manner. Infrastructural plans from different Ministries and State Governments, including UDAN, Bharatmala, Sagarmala, inland waterways, dry/land ports, etc., would be incorporated. To increase connection and boost the competitiveness of Indian enterprises, economic zones such as textile clusters, pharmaceutical clusters, defense corridors, electronic parks, industrial corridors, fisheries clusters, and agro zones would be covered. Additionally, it will make substantial use of technology, including BiSAG-spatial N’s planning tools using ISRO images (Bhaskaracharya National Institute for Space Applications and Geoinformatics).

The multimodal logistics hub and the multimodal transport hub, two significant Greater Noida projects, will soon be integrated with the PM GatiShakti National Master Plan. According to officials, this would make it simpler to coordinate the development of both projects. The Delhi-Mumbai Industrial Corridor (DMIC)-Integrated Industrial Township Greater Noida Limited (IITGNL) will build both of these projects close to Bodaki. The master designs for these two projects will also soon be posted on the GatiShakti website, a programme that Prime Minister Narendra Modi introduced in October of last year to provide multimodal connectivity infrastructure to the nation’s numerous economic zones. Officials were informed that the process of acquiring the land was almost finished. As soon as the land is transferred in the name of IITGNL, construction tenders will be released. The railway line’s construction will take two years. On this, more than Rs 800 crore would be invested. Public-private partnerships (PPPs) will be used to construct the logistics hub’s interior. Additionally, customs clearance will be accessible here. Additionally, this will expedite the functioning of the import-export units.

This is a fantastic move by the government, which has recognised the possibilities that this chance may offer to the nation’s citizens. The distance between some cities that previously appeared to be far away would now be significantly closer thanks to this connection, which can bring the people much closer together. Since this project is closely related to the PM scheme, it will be completed quickly, and the public will be hoping that it succeeds as soon as possible.