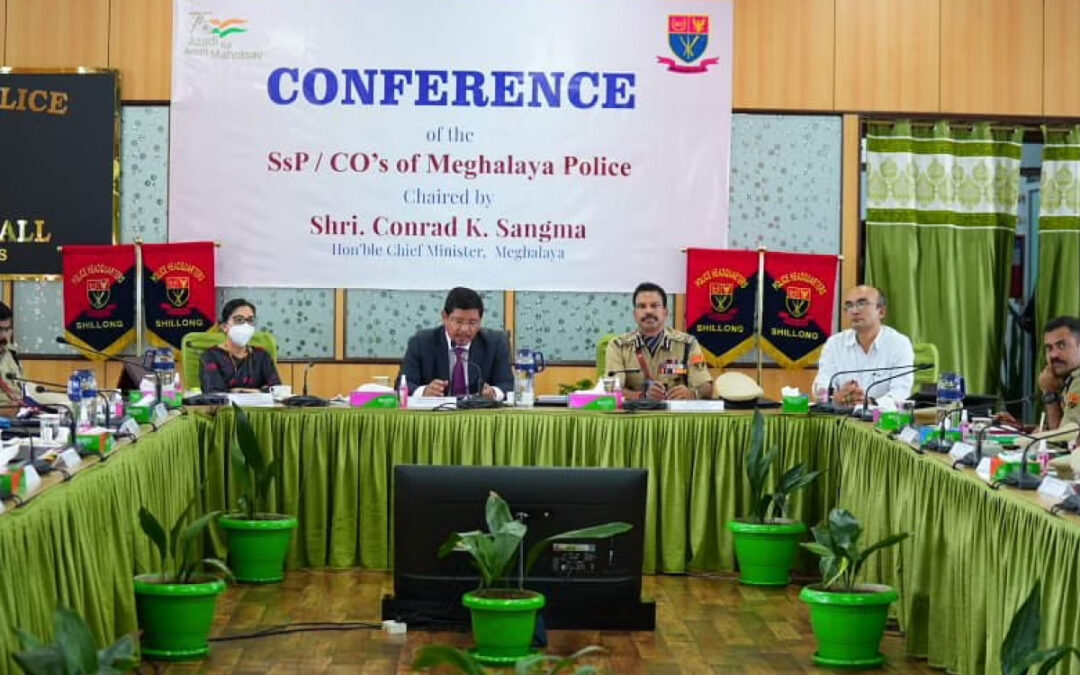 Senior officials including Meghalaya DGP L.R. Bishnoi was in attendance for the meeting where the police infrastructure renovation fund was announced.

Conrad Sangma, the chief minister of Meghalaya, declared on Wednesday that his administration would establish the Police Infrastructure Renovation Fund in order to maintain, upgrade, and improve the state’s police infrastructure. At the Police Headquarters in Shillong on Wednesday, the Meghalaya Chief Minister had a fruitful discussion with representatives of the Meghalaya Police. Various topics relating to the demands of the Police Department and possible actions to enhance the welfare of police officers were discussed at the discussion.

This is the current Chief Minister of Meghalaya, Conrad Sangma

Chief Minister of Meghalaya, Conrad Sangma said that they will deliver new cars and computers to all 76 police stations. In addition to performing their duties in maintaining law and order, the police are the first point of contact for the public and become involved in a variety of extracurricular activities during emergencies. To help the Meghalaya Police better serve the community, they will provide cranes and ambulances to districts with high traffic and accident rates. They have chosen to take up housing projects for Constables, SIs, and DSPs on a case-by-case basis and in phases due to the paucity of accommodations for Meghalaya Police officials assigned in the districts. He added that his government would also provide 60 motorcycles for the district of East Khasi Hills to use in monitoring traffic congestion. At the deputy commissioners’ conference later that day at the State Convention Center, the chief minister said that although the state administration had been communicating with the DCs virtually on a regular basis, this was their first in-person encounter since Covid. In-depth discussion on disaster management issues was also held at the DCs’ conference in the wake of the recent flooding and heavy rains in the state.

Apart from the chief minister, other senior officials from Meghalaya Police were present in the meeting

As we can see, the Meghalaya government has taken considerable effort and is willing to invest money to increase the calibre and effectiveness of the state’s police force. But once the minister has committed to delivering these items to the police stations, it shouldn’t be undone, and it should happen as soon as possible. Only time will tell if these measures can increase the efficiency of the state’s police force, and if they do, it may present a chance for neighbouring governments to do the same.