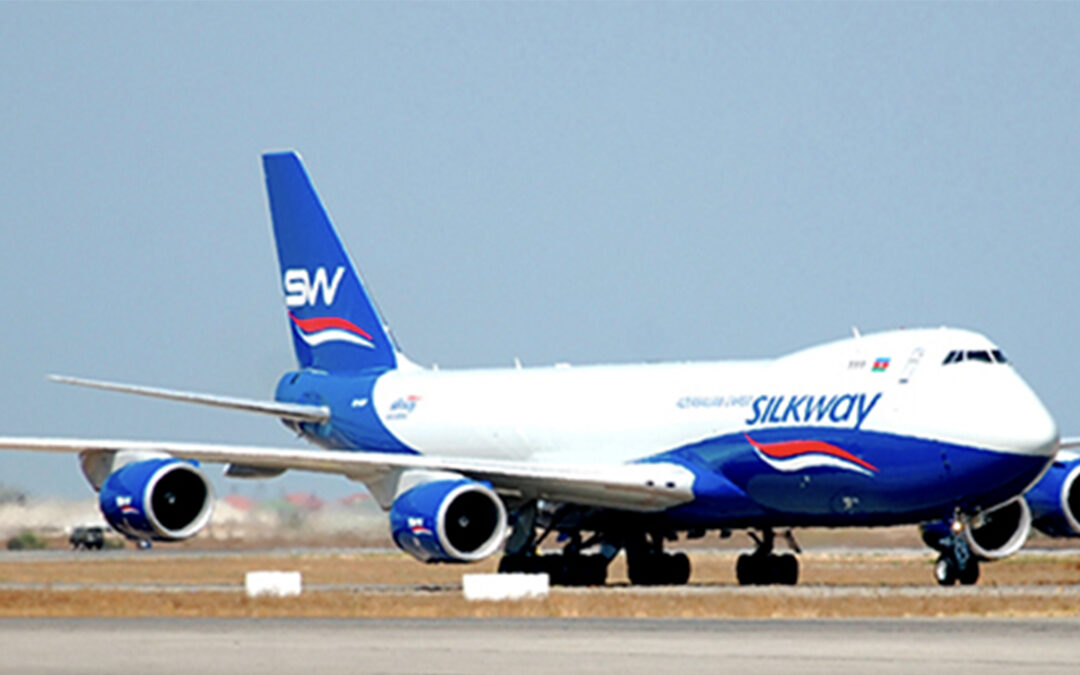 The all-cargo carrier company Silk Way West Airlines, which is based out of Azerbaijan made an exclusive order with Airbus on Tuesday, which is a European multinational aerospace company that manufactures and sells military and civil aerospace products. The order comprises two A350 large freighters, leaving a unique Boeing fleet for the first time.

Boeing has been a dominant participant in the production freighter market and this decision siding with Airbus will be another win for the aerospace company to challenge Boeing seriously for the first time. With this deal with Silk Way West, Airbus now has a total of 33 preparatory orders in its hands along with some commitments for their A350 freighter program that was launched by the company at the end of last year. Including the order from Silk Way, the company collectively have a total of 24 order from others like Air Lease Corp., Singapore Airlines, Air France and CMA CGM Air Cargo. On the other hand, Air France has options on four additional cargo planes, while Etihad is carefully weighing whether to proceed with the acquisition of seven cargo planes. The delivery of widebody freighters has been planned by Airbus to Silk Way from 2027 to 2028. During this period, the airlines have complete rights to increase the order by two aircraft.

Including the order from Silk Way, the company collectively have a total of 24 order from others.

Silk Way West was founded a decade ago and the company is focussing on the expansion of its network in the e-commerce market to meet the growing demand for general cargo as well as e-commerce. Last year, the company placed an order for five 777-200 freighters from Boeing and currently, it is operating 14 Boeing 747 jumbo cargo jets. Every month, the airline operates about 350 scheduled flights around the globe.

The new A350 freighter aircraft has been designed based on the popular long-range passenger jet A350 along with a huge main deck cargo door and a cabin which has been specially developed for cargo. According to Airbus, a 20% reduction in usage of fuel due to the composite materials used and 11% more volume is being offered by the cargo jet. The material used in the jet will help to reduce the weight by almost 33 tons and twin Rolls-Royce engines. With three more pallet locations than the 777, the A35 cargo jet will offer a capability of a 120-ton payload and an interior volume of 747 freighters. Alongside, it also stands right with the new CO2 emission standards by the International Civil Aviation Organisation.

The new A350 freighter aircraft has been designed based on the popular long-range passenger jet A350.

With the 777-8, a competitor to the A350, and an extension of conversion lines for the 737-800 standard-size plane, Boeing is responding to its rival. 34 manufacturing slots have been booked by Qatar Airways out of the 41 definite orders Boeing has received for the 777-8. Seven other orders came from Lufthansa.

According to the International Air Transport Association, an increase of 6.9% has been noticed in the Air cargo traffic last year as compared to the pre-pandemic period. 2.7% of volume growth was seen in general cargo by Airbus, which represents around three-quarters of the market. While Boeing predicts that air cargo traffic would double with yearly growth of 4.1 per cent, including express shipments, by 2019, there will be a 4.7 per cent increase in express freight.