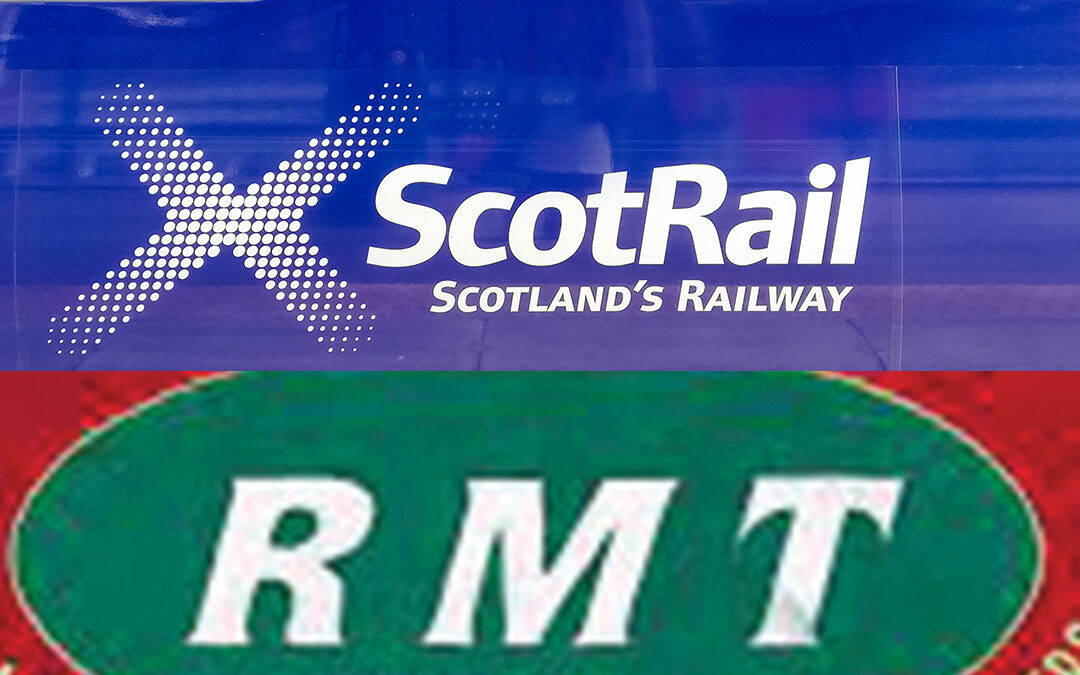 Soon Rail workers in Scotland could do on a strike, keeping an aim to disrupt the Edinburgh Festivals.

After a recent national executive committee meeting of National Union of Rail, Maritime and Transport (RMT) workers are preparing their members to vote on whether they should take industrial action on wages and conditions this summer. Where in one hand RMT workers has demanded a higher wage increase, no mandatory redundancies for five years, no booking offices or station closures for two years and they also want hundreds of new apprentices because many of the workers are in 50s and it can also suffer from shortage of staffs. But one the other hand, Scotrail rail has offered the workers a 2.2 percent pay increase and no mandatory redundancy for two years.

It is said that from 11 July the industrial action could start with the Edinburgh festivals which is going to start from the first week of August. According to the information, in October there was 3,500 members in RMT and also agreed a one-year deal which was comprised of 2.5 per cent pay increase backdated to 1 April 2021 and a COP26 bonus payment. The unions have also decided that the ballot members after they were not offered anything on top of the 2.2 per cent increase this year.

But one the other hand, Scotrail rail has offered the workers a 2.2 percent pay increase and no mandatory redundancy for two years.

The RMT has asked for action from Scotrail and the Scottish Government for abusive behaviour towards staff. Not only this the union also want that those who are guilty for this abusive behaviour should be banned from using trains. ScotRail has also blamed a “significant number” of pay dispute train drivers as over 400 services which were cancelled in the space of just three days at the weekend. The new minister-controlled ScotRail was a hit with an escalating wave of chaos, which resulted in around 200 cancellations on Sunday, including the major Glasgow to Edinburgh route, because of driver shortage problem. Before the Sunday’s cancellation, there were a further estimated over 160 services cancellations on Friday and Saturday. Further 135 other services were reduced with train carriages cut so they carried fewer people with the excuse of driver shortages.

On this matter, RMT Scotland’s organiser, Mick Hogg said that, “The anti-social behaviour is not getting better, it’s getting worse. I’m sick to the back teeth of it being brought to my attention about my members being subjected to anti-social behaviour and assault. Very little is getting done about it. I recognise that the British Transport Police do not have the resources. The Scottish Government can help by giving the police more powers. If they can ban those responsible for anti-social behaviour from shopping centres and football grounds, then why can’t we ban them from Scotland’s railways? If no one listens, I’m convinced it’s just a matter of time before a staff member within the railway loses their lives. We’ve been kicked in the teeth, as far as the RMT is concerned. It’s not good enough.”

Further 135 other services were reduced with train carriages cut so they carried fewer people with the excuse of driver shortages.