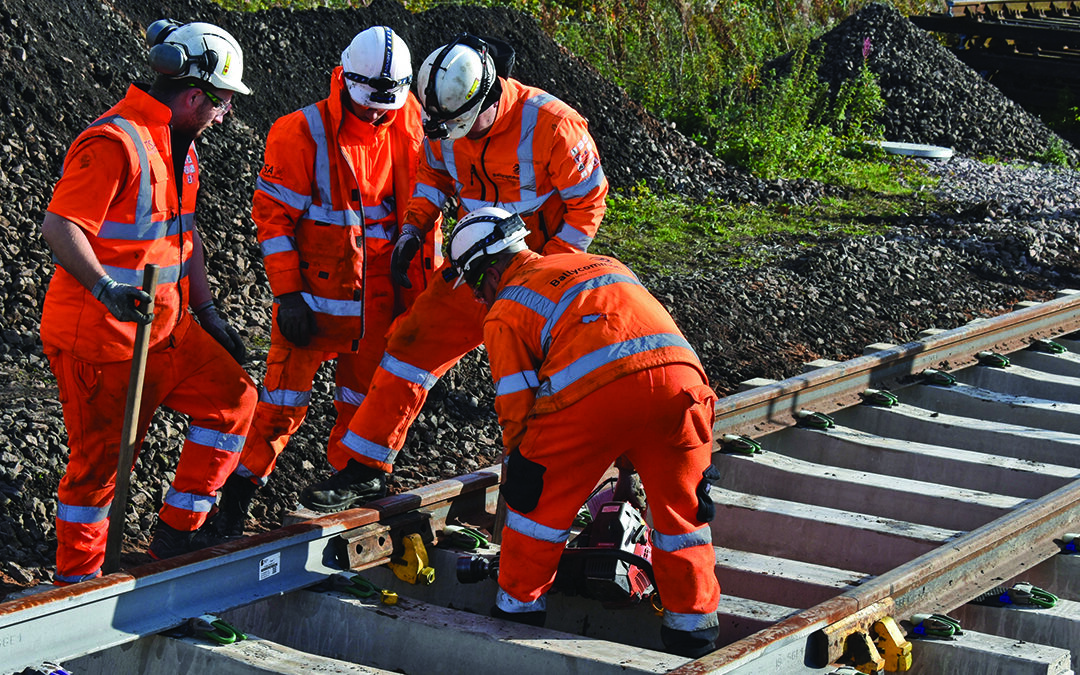 A rail workers’ union has said it intends to ballot more than 40,000 workers in a dispute over pay and jobs, which could trigger the “biggest rail strike in modern history”.

The Rail, Maritime and Transport Workers (RMT) union said Network Rail plans to cut 2,500 jobs as part of a £2bn reduction in spending. The union claimed the deduction would have meant that accidents were “more likely”. On this Network Rail said it was “disappointed” with the union’s move and urged it to “work with us, not against us”. The track operator said it had not put forward any proposals or consultation papers and was discussing ideas. Network Rail’s regional director Tim Shoveller said, “We cannot keep relying on government handouts, and so we must work together with train operators and our trade unions to save millions of pounds and deliver a more efficient railway.” RMT said the proposed job cuts include workers who maintain tracks, signals and overhead lines, among other things. It also claimed that train operators were subjected to freezes and changes in their terms and conditions. The union’s general secretary, Mick Lynch, said cutting is the “safety-critical jobs” would result in a “disaster for the public, more prone to accidents and more likely to blow trains off the tracks”.

The union’s general secretary, Mick Lynch, said cutting is the “safety-critical jobs” would result in a “disaster for the public, more prone to accidents and more likely to blow trains off the tracks”.

He warned that a national rail strike would “bring the country to a standstill” but added that the “livelihoods and passenger safety of the union’s members are our priorities”. With passenger numbers on the railways still lagging behind pre-pandemic levels, work from home has become a core part of the working pattern of many commuters. Due to this, passenger revenue is not being recovered and the income on the network has come to a standstill. Mr Lynch said railway employees also faced “salary freezes, the prospect of losing their jobs and repeated attacks on their terms and conditions”. He further said that, “Train operating companies have praised our members for being key workers during the pandemic, but have refused to keep staff salaries in line with inflation and rising living costs. As a result, thousands of railway workers have seen their standard of living fall and their patience has run out.”

Lynch also said, “Our Railways has been badly affected by the COVID-19 pandemic, and even as the number of passengers starts improving, we know that travel habits and passenger demand has changed. And the industry has to change too”. “For our people and those who depend on our railways every day, we want RMT to work with us to make our services more reliable, more affordable and to bring more passengers back on board” it further added. RMT responded to the trade body by saying it was “always open to meaningful negotiations”, but said it would “not work with a rail distribution group or anyone else who suffers from job losses and real terms pay cuts”. Will help distribute the pain, which has nothing to do with “pushing a thriving railway”.

Will help distribute the pain, which has nothing to do with “pushing a thriving railway”.