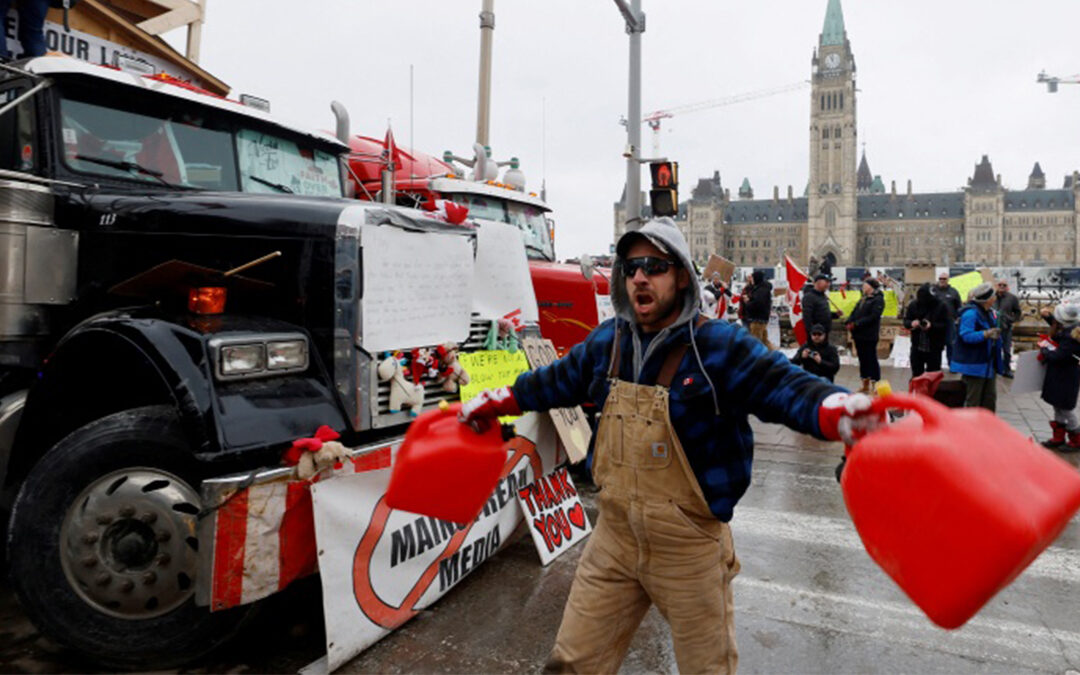 Demonstrators have shut down the centre of the Canadian capital, Ottawa, with more than 400 vehicles blocking streets.

According to the report, recently Canada Prime Minister Justin Trudeau issued a stern warning to protesters who have set up truck blockades to express their opposition to government mandates regarding COVID-19, by saying, we’ve heard you. It’s time go home now. You don’t want to end up losing your license, end up with a criminal record, which will impact your job, your livelihood, even your ability to travel internationally, including to the US. We’ve heard your frustration with COVID, with the measures that are there to keep people safe. We’ve heard you. It’stime to go home now. Last week Trudeau also remarks came as Ontarios premier declared a state of emergency in reaction to the border blockade, and a judge in the province issued an injunction ordering truckers to clear an international bridge by 7 pm local time (midnight GMT). Trudeau and Ontario Premier Doug Ford threatened heavy penalties against those who interfere with the free flow of goods and people. Ford said he will convene the provincial cabinet on Saturday to enact orders that make it crystal clear it is illegal and punishable to block and impede the movement of goods, people and service along critical infrastructure. Let me be as clear as I can there will be consequences for these actions, and they will be severe. This is a pivotal, pivotal moment for our nation, he said in a announcement.

This is a pivotal, pivotal moment for our nation, he said in a announcement.

Truckers have slowed or halted border transit, causing parts shortages that shut down car plants in both the United States and Canada. Further Jen Psaki the White House Spokeswoman said Trudeau spoke with US President Joe Biden on Friday about the border obstructions, saying they are having significant direct impacts on citizens lives and livelihoods. Trudeau promised quick action in enforcing the law. A demonstration that began in January as a convoy travelling across Canada in protest against COVID-19 vaccination requirements for truckers crossing the US-Canada border has morphed into broader complaints about the Liberal government and attracted proponents of the anti-vaccination movement. Further a political science professor at the University of Toronto Nelson Wiseman told the media, American legislators are freaking out, and rightfully so. Pressure is now being exerted by the White House on Trudeau to act more decisively.

Pressure is now being exerted by the White House on Trudeau to act more decisively.

The city of Windsor, on the US border, had sought the injunction against members of the self-proclaimed Freedom Convoy who have used dozens of trucks to bottle up the Ambassador Bridge connecting Windsor to the US city to Detroit. Until now, the Canadian government reaction to the protests has been marked by disagreements over who is in charge. Canada emergency preparedness minister said this week that Ontario has ultimate responsibility, while the provinces transport minister said it is the federal government job to secure the border. One of the truckers protesting in Ottawa Jonker said, Mandates and lockdowns are harmful to society. They have been harmful for two years. When they go, we’ll go.

They have been harmful for two years. When they go, we’ll go.