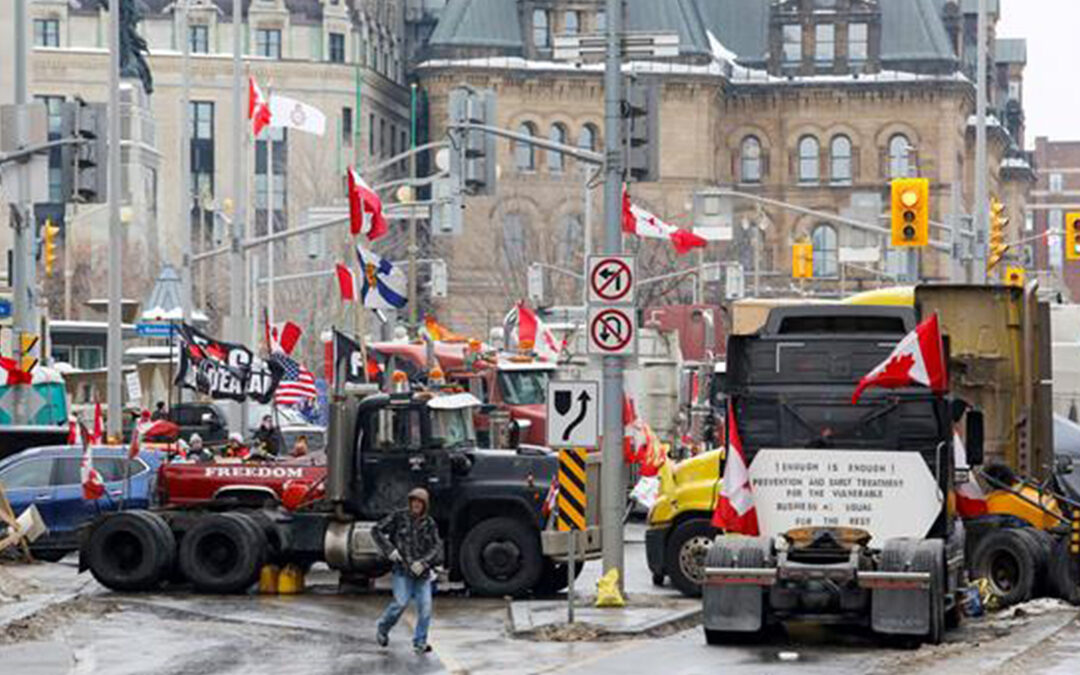 With more than two-thirds of the C$650 billion ($511 billion) in goods traded annually between Canada and the United States moving via roads, the choking of key arteries has upended already stressed supply chains.

Union and industry executives said, Automakers and some manufacturers are looking to the skies as they seek alternatives for moving products caught up in Canadian trucking protests that have hit supply chains on both sides of the U.S.-Canada border. Mike Stopay, director of Toronto-area cargo specialist Pacer Air Freight, said he had received requests from some auto-parts and pharmaceutical companies to transport products by air due to the protests on the vital Ambassador Bridge. “All these parts are needed just in time,” he said. Dino Chiodo, director of automotive at Unifor, Canada’s largest private sector union, said the union had heard that Ford was looking at alternatives like flying to bring in parts to support production at an engine plant in Windsor. He said “They’re looking at alternative methods to get the parts into the Windsor Essex engine plant so they don’t negatively impact their production”.

He said “They’re looking at alternative methods to get the parts into the Windsor Essex engine plant so they don’t negatively impact their production”.

Further Chiodo questioned how a group supposedly protesting for more freedoms was now leading to the closings of workplaces. He said “The reality is that they are the ones causing us to be shut down”. Matt Poirier, director of trade policy for trade and industry association the Canadian Manufacturers & Exporters, said some companies were looking at alternative routes, but were running into roadblocks as other sites were backed by traffic and protests, raising costs. “What complicates it for manufacturers is that not only do they have to figure out the logistics of getting a truck there, but then all the paperwork they’ve done to move stuff across the border changes too. “So administratively it’s a nightmare.” Poirier said.

between the United States and Canada as part of two-week old demonstrations against pandemic measures and vaccine mandates. That has manufacturers, including automakers like Ford Motor Co looking for alternative routes and forms of transportation to move supplies. Recently an official with the union representing auto workers at the plant said Ford is looking at flying in some auto parts to a plant in Windsor, Ontario that produces engines for popular models. Toyota Motor Corp, General Motors Co, Ford and Chrysler-parent Stellantis also said recently they were forced to cancel or scale back some production because of parts shortages due to the protests against pandemic measures. “I can’t take the chance to sit around at the border for eight hours.” A spokesperson for Ford’s Canadian division said: “We are looking at all options to keep our plants running.” A spokesperson for Magna International said the Canadian parts supplier “had to be a bit creative” by using other ports of entry into Canada and the United States.

â€œA spokesperson for Magna International said the Canadian parts supplier “had to be a bit creative” by using other ports of entry into Canada and the United States.